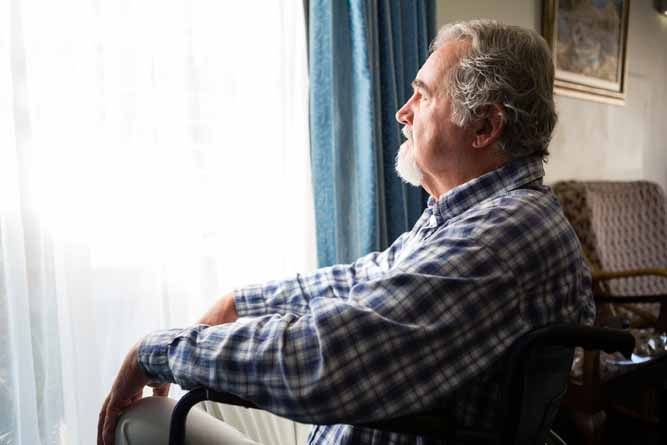 Got IT. | Keeping a disabled veteran connected to the world

“I used my computer for everything from ordering my groceries to staying in touch with my daughter and grandchildren in South Carolina,” Brad explains. “Being without a computer was horrible. I’m already dealing with depression and feelings of isolation due to COVID. Not being able to video chat with my family and my caregivers was really hard on me.”

Before we talk about how we helped Brad acquire a new computer, let’s talk about how he got into this situation. Brad grew up in the White Plains area of New York. That’s a difficult situation for any child, but it’s extra challenging when you’re the middle child, your brother and sister are great at school and your father is a teacher. “I hated everything about high school,” Brad says painfully. “Every class was a struggle and I had a tough time grasping anything beyond basic math and English”.

After barely graduating high school, Brad went to work as a stock clerk at Rickel Home Centers in Monsey, NY. Despite his struggles with classwork, Brad was a natural at helping customers find the tools and materials they needed. Over the next seven years, Brad worked his way up to store manager. As great as this accomplishment was, Brad got no satisfaction from it. “Towards the end, I hated my job,” Brad says. “I was on my feet for hours at a time, all day, every day with very few days off. When I started, I was one of 18 people hired the same week. All 18 of those people left before I did which is probably why that company isn’t in business anymore.”

Still young and itching to make a difference in the world, Brad joined the Air Force with the idea of spending four years in service to his country. “I stayed for 14 years and while it was far from perfect, it was the best job I ever had,” Brad explains.  “I loved being around planes and feeling a part of something more important than a retail store. I got to live in places I’d only seen in photographs and I met some great people.”

After achieving the rank of Staff Sergeant, Brad longed to return to civilian life to spend more time with his wife and daughter. “Military life was as hard on my marriage as it was on my body,” Brad says. After leaving the Air Force, Brad swallowed his pride, buckled down, and earned his Bachelor’s degree in Criminal Justice. After a painful divorce, Brad spent the next sixteen years working as a guard in South Carolina and Maine prisons.

Brad’s knees got progressively worse after he retired. These days, he needs a walker to get around and can’t go far due to the excruciating pain. Fortunately for Brad, he had an old computer that he used for everything from ordering groceries to talking with his many different doctors, including the psychiatrist he speaks with regularly to treat his anxiety and mild depression. “For a long time I didn’t tell anyone about how I felt because I thought it was nobody’s business,” Brad says. “As time has gone on, I realize there’s nothing wrong with it, and I appreciate the help I’ve gotten from veteran services.” 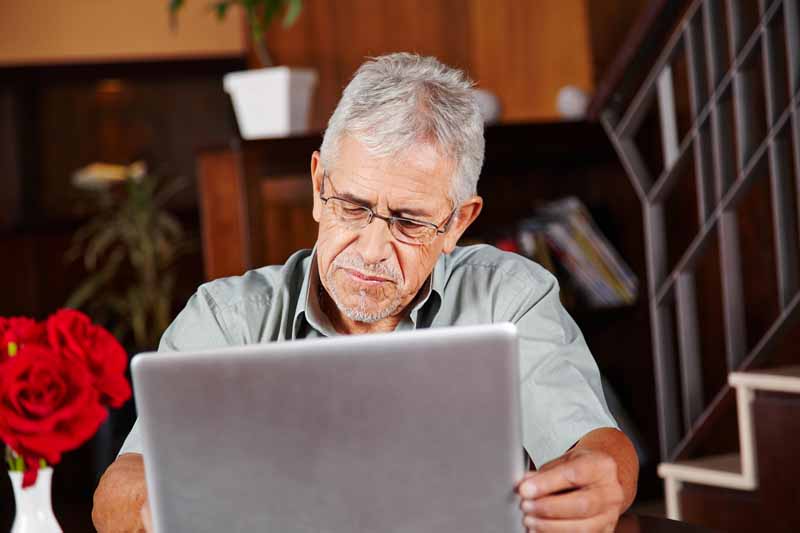 Given how much Brad relies on video chats with his caregivers, it’s easy to understand how scared, sad, and frustrated he felt the day his Chromebook refused to start up. “I hadn’t realized how the computer had become such an important part of my life. I didn’t plan on that at all so not being able to afford a new one was just awful.” Fortunately for Brad, he has a cousin who lives nearby and checks in with him regularly on the phone. When Leslie learned about Brad’s broken computer, she searched for “low-cost computers in Maine” and discovered give IT. get IT.

Helping seniors stay connected is incredibly satisfying and we especially enjoy working with veterans who have given so much of themselves for all of us. Because Brad was willing to share his story with us, we could provide him with a refurbished laptop at no charge. He’s keeping in touch with his healthcare providers, ordering his groceries, keeping up with the news, and video chatting with his granddaughter who he’s hoping to see this summer. “OH, this computer has been an absolute godsend,” Brad practically shouts into the phone as we conclude our call. “I’m so grateful to give IT. get IT. for helping me out of a tough spot. You all are wonderful.”

If you’d like to help more seniors and veterans like Brad receive the computers they need to stay connected to their caregivers and loved ones, please consider donating to our program in the form of a sponsorship.

If you’d like to learn more about our certified e-waste recycling services and how we convert retired corporate tech into tools and opportunities for people in need, please call Chris Martin at 207-322-6257 or email him at [email protected]. 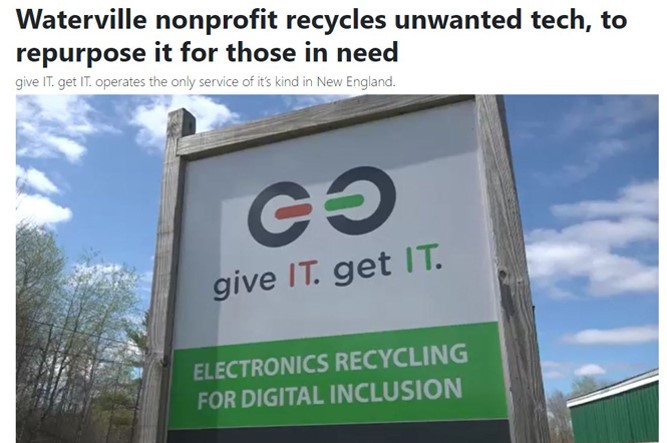